Today I extracted RNA from four practice samples using Tri-reagent, and without lyophilizing (lyophilizer is out of commission again for now). 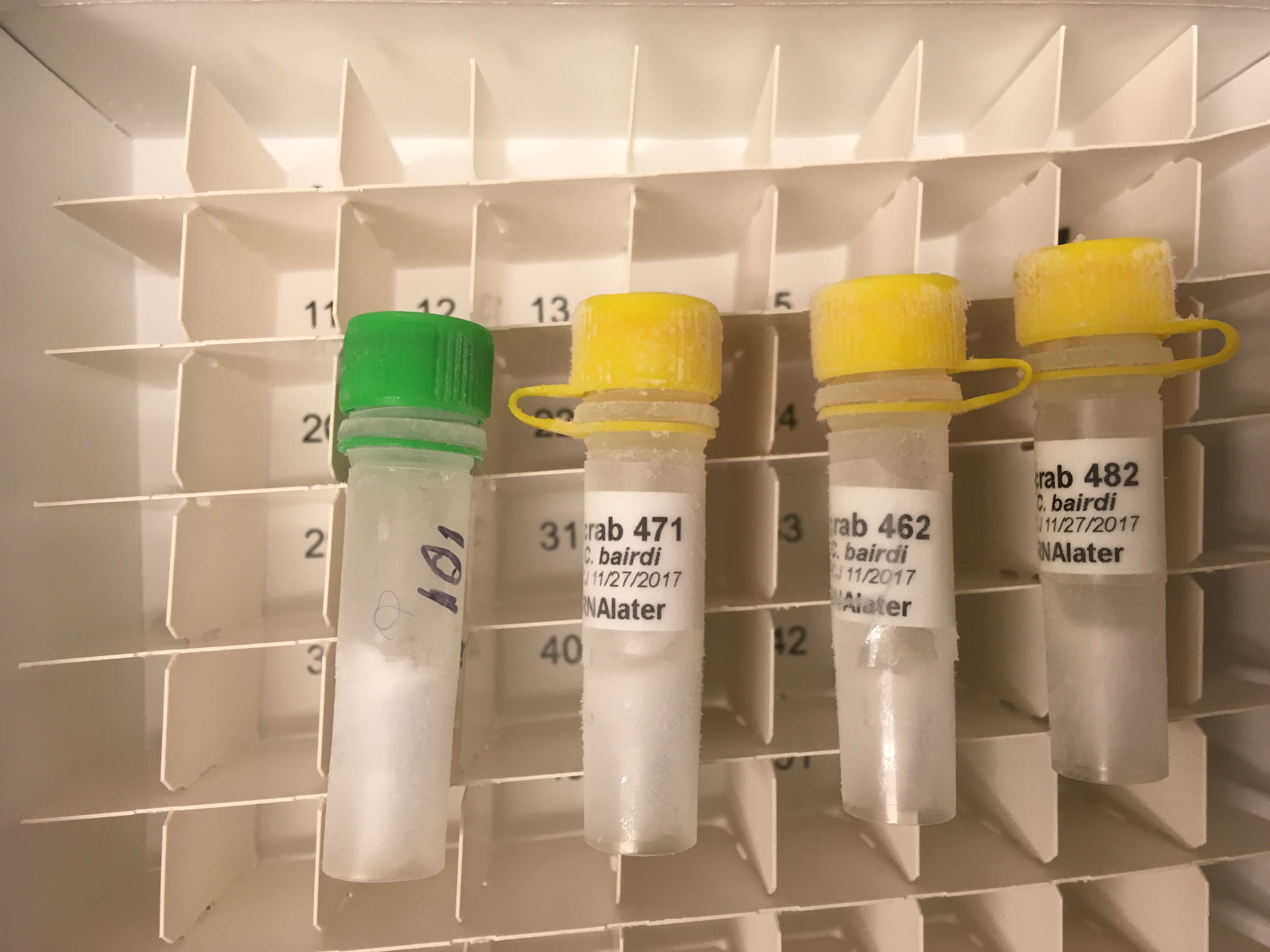 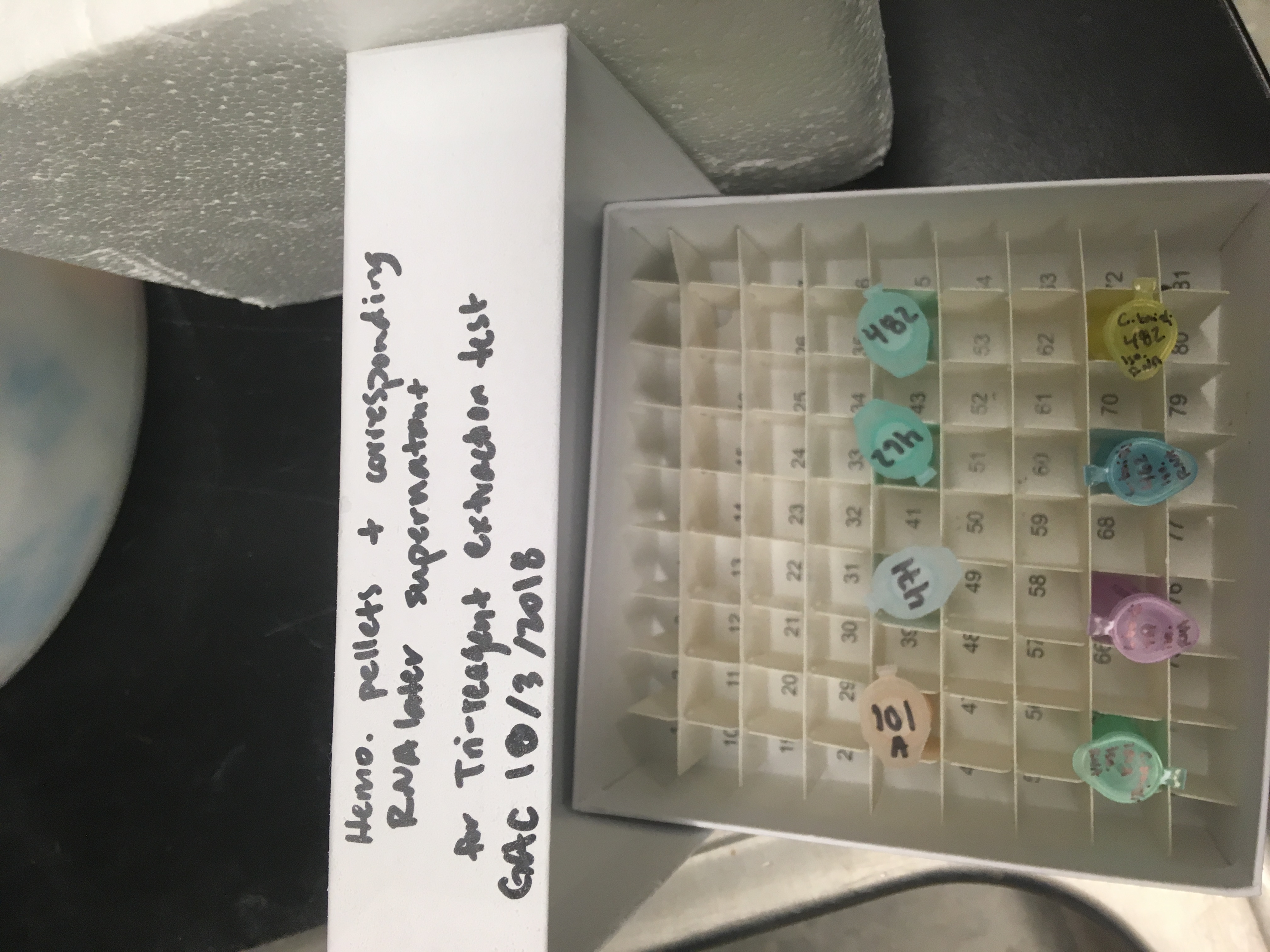 I did not do anything with the supernatant. I only process hemolymph pellet samples today.

Thoughts on the protocol: