Today I use the updated version of the RNA isolation protocol and find that it is so much better and isolating RNA than the generalized protocol. This one is based on what Sam did with extra samples from Sam in the fall of 2017. It adds some extra mixing and centrifuging steps that appear to be the key. Good results.

Today I tested out the revised RNA isolation protocol (link: here). It adds a lot more centrifuging steps, which I think really helped.

I worked on a set of 9 (uninfected, ambient) from my previously selected samples:

Today’s Qubit results (tubes 55 (day 9) and 469 (day 26)) were AWESOME!!!! I used 5µL of sample, as per usual, but the results were good for both even though I was unsure during the isolation protocol because I had a hard time avoiding the RNAzol when I was pipetting because it was in the middle of the tubes.

The RNAzol is a salty substance, and ideally it would centrifuge down to the bottom of the tube, so that I could take the clear supernatant. Howver, it is very inconsistent and is sometimes at the top, the middle, or the bottom and mixed throughout the tube. Here are some examples of three different tubes that were part of today’s batch of 9:

I just had to do my best and avoid the RNAzol as best I could when removing 790µL of supernatant (hopefully containing isolated RNA) into clean 1.7mL snap cap tubes. 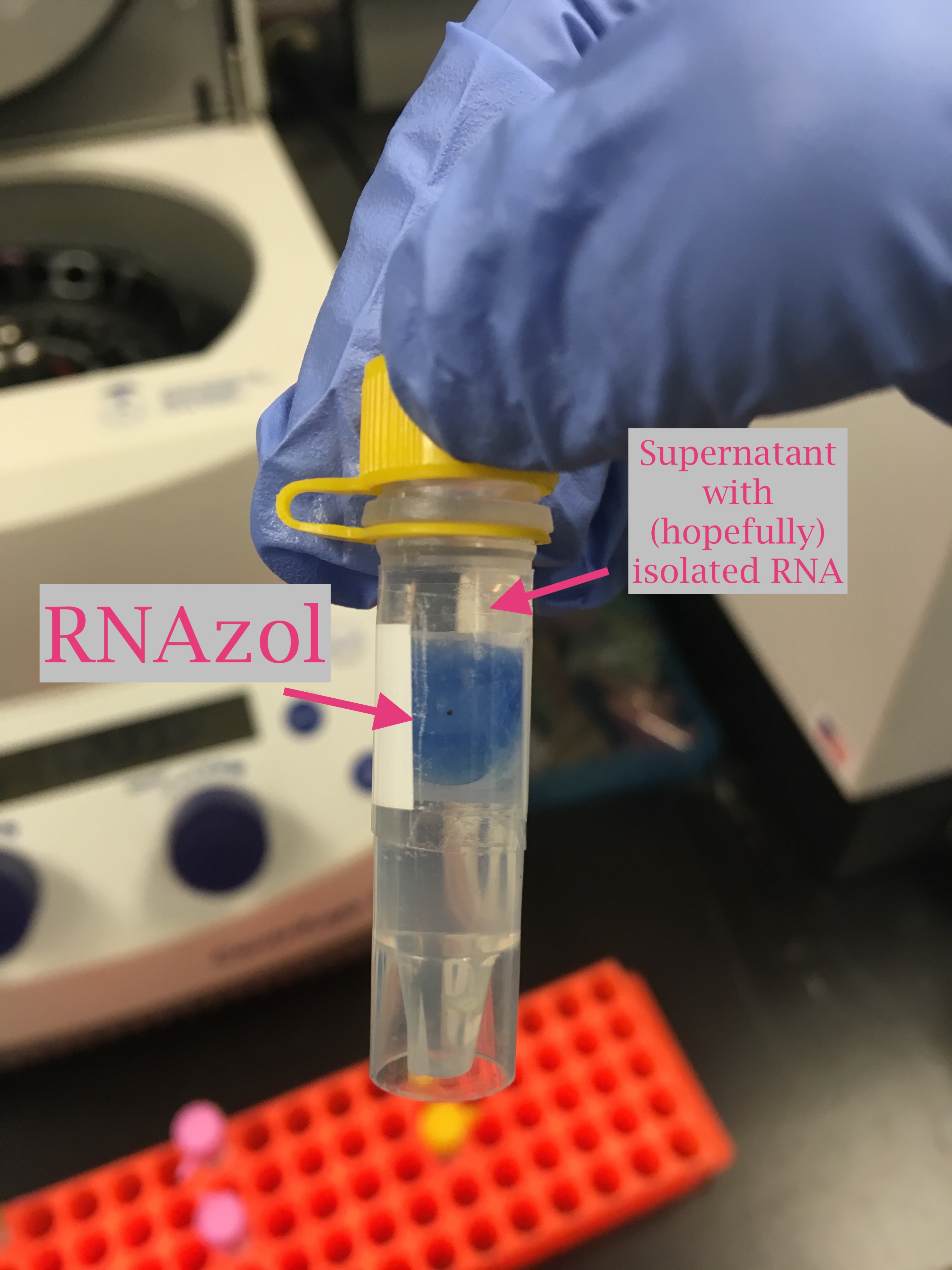 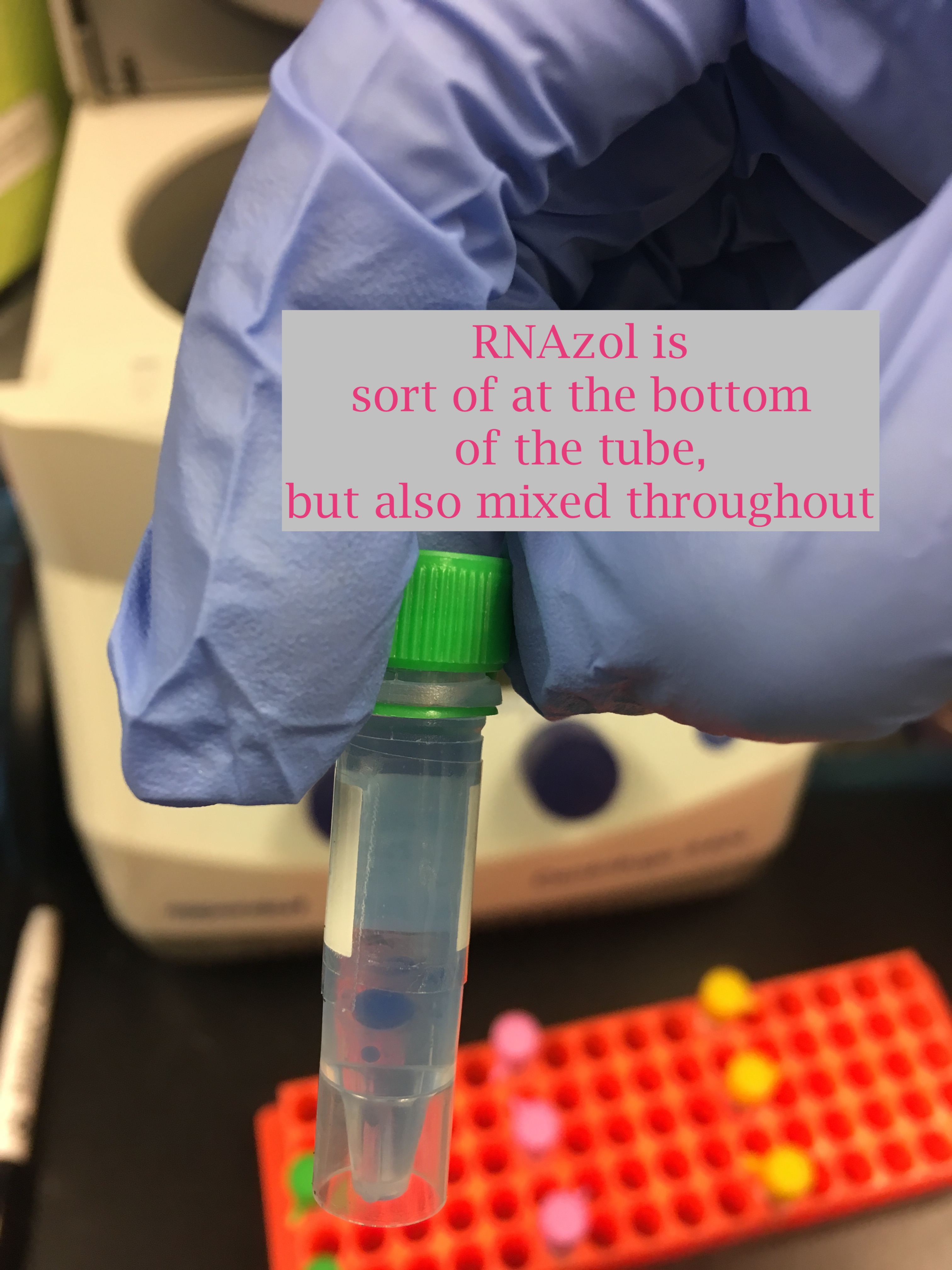 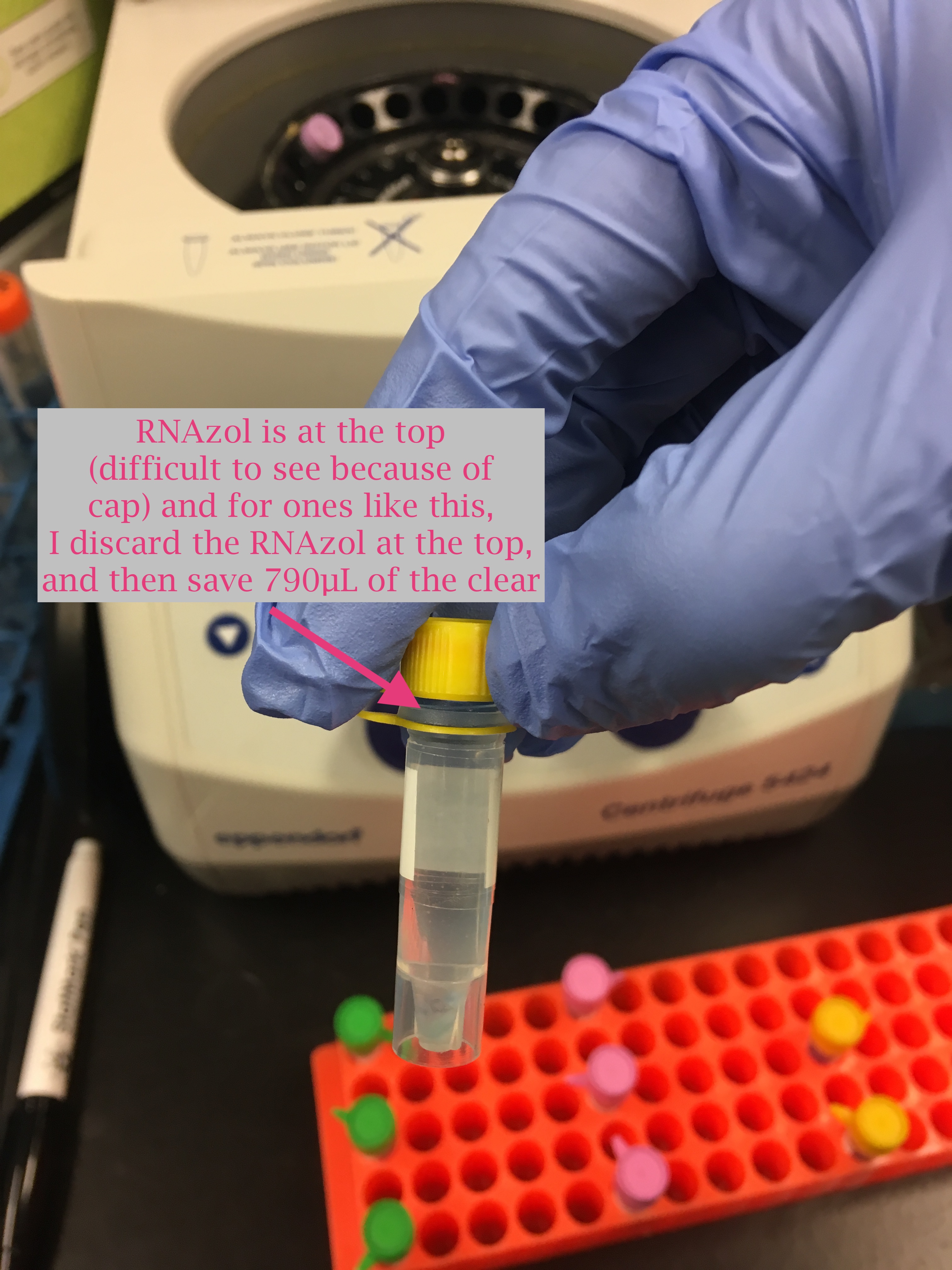 I really think that this new revised protocol is the way to go for me from here on out!! It involved several more centrifuge steps which helped isolate the junk from the RNA, and I think that made a big difference. I will keep isolating RNA tomorrow and Friday, and likely into next week.

My goal is to have a large subset of samples with isolated RNA.